The professional nurses of Affinity Medical Center in Massillon Ohio have been blindsided by a neutrality agreement between the hospital and the National Nurses Organizing Committee (better known as the California Nurses Association). Under this “agreement” the hospital has allowed the union a rushed election date that does not allow these nurses to educate themselves on the consequences of unionizing.

Angry at corporate? Why align yourself with a union that has aligned themselves with corporate? Vote NO! 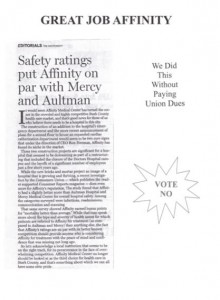 You are already protected! 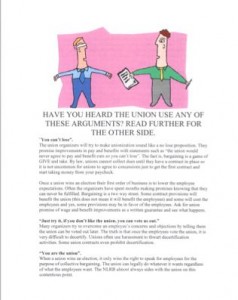 Why are “they” so angry?