By Sherwood on December 26, 2013 in Current Campaigns, Election Info

Congratulations to everyone who took the time and put out the effort to be heard, you made a difference.

United Electrical Workers (UE) is organizing and vote dates have been set. It is important that EVERYONE votes. The union has already started a disinformation campaign stating that “if your going to vote no, then just don’t vote”. This is WRONG, every vote counts and it takes just 50% + 1 vote of ONLY THOSE WHO VOTED to decide whether you start paying union dues or not. If 50 people vote and 26 of them voted for the union, ALL of you will pay union dues.

You have the right to:Participate in meetings to discuss NOT joining a union and to attend meetings to discuss YOUR rights not to join a union.
Distribute, read and discuss non-union literature that outlines reasons against participating in union organizing activity.
WEAR buttons, stickers, t-shirts and hats to show support for your right not to join a union and to refrain from union organizing activity.
NOT SIGN a union membership card and you can demand your card be voided if your were mislead into signing a union membership card.
Circulate and sign petitions to oppose the union.
Join together with your coworkers and others in support of your employer and against union organizing activity.
Organize other employees to rally against the union, to demand the union withdraw and cancel the union election.

UN Union Dues chart Just the beginning of what it will cost you.

The Problem of Compulsory Unionism

Ten Things to Know about unions! 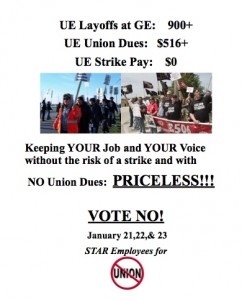 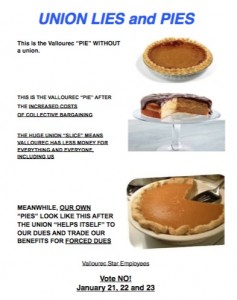 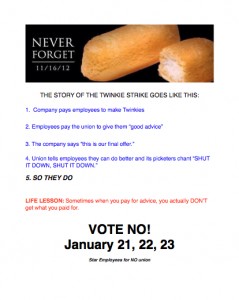 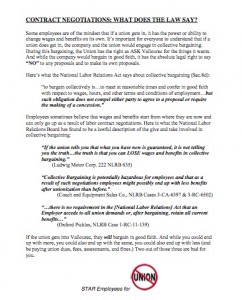 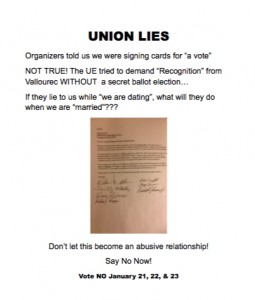 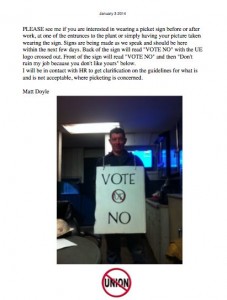 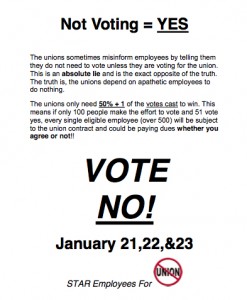 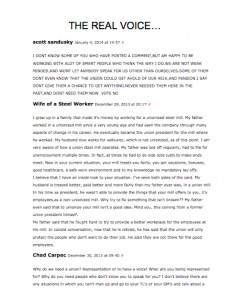 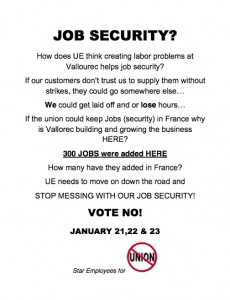